Forgive me, oh blogging Muses, it has been too long since my last proper confession. In the intervening years, how I have wandered… over hill and dale, and been lost for many a long age in the dark jungles of “social media.” I can only say I’ve regretted every minute of it (well, nearly). Oh, how I’ve longed to sit by your cool dark stream of consciousness again, and just let er rip. So please accept this humble offering…

What were we talking about again? Oh right, Lorecore, or as I also like to call it Borecore or Snorecore. Have I lost you yet? Are you already ZZZ emoji? Good, because that is the essence of Lorecore. The essence of Lorecore is lulling the reader to sleep with an avalanche of exposition, examining the world, or a given domain, down to tiny excruciating detail. And once they’ve fallen asleep, they dream in that world, and move about in it. Tolkien’s “subcreation.”

There’s a Thoreau quote I’ve always carried with me (in paraphrase at least) since reading it a decade or two back, which equally applies to the diatribe at hand:

“Nature will bear the closest inspection. She invites us to lay our eye level with her smallest leaf, and take an insect view of its plain.”

This has long stood out as an ideal for me with creating art or narrative as well. That we can pick it up, and look extremely closely, and change our perspective and whole way of looking, and still see deep and freshly in it again, just like in Nature.

Nature, in fact, is completely made up of Lorecore. Each bird or beast or fish or plant has its own ways, its own knowledge and experience, histories and relationships, its own deep lore. Ecosystems and biomes are the interpenetrating lived compendium of that lore. To me, that idea is endlessly fascinating that we could zoom up or down at any scale of a narrative and find another narrative hidden within (and another and another…), which ultimately adds up to more than the sum of its parts in the Great Tapestry of Story & of Being: The Great River, in Quatrian terms.

I see Lorecore also as something like an Open World game, but for books, or for trans-media story-telling more broadly, where the narrative is distributed among many artifacts, voices, channels, etc. The “player” is the reader/experiencer who may or may not know or care about backstory, but who has landed somehow or other on an intriguing artifact.

A networked narrative, also known as a network narrative or distributed narrative, is a narrative partitioned across a network of interconnected authors, access points, and/or discrete threads. It is not driven by the specificity of details; rather, details emerge through a co-construction of the ultimate story by the various participants or elements.

Networked narratives can be seen as being defined by their rejection of narrative unity. As a consequence, such narratives escape the constraints of centralized authorship, distribution, and storytelling.

Here’s a related quote from Henry Jenkins on Transmedia storytelling:

Most often, transmedia stories are based not on individual characters or specific plots but rather complex fictional worlds which can sustain multiple interrelated characters and their stories. This process of world-building encourages an encyclopedic impulse in both readers and writers. We are drawn to master what can be known about a world which always expands beyond our grasp.  […]

Transmedia storytelling expands what can be known about a particular fictional world while dispersing that information, insuring that no one consumer knows everything and insure that they must talk about the series with others (see, for example, the hundreds of different species featured in Pokemon or Yu-Gi-O). Consumers become hunters and gatherers moving back across the various narratives trying to stitch together a coherent picture from the dispersed information.

Are you with me still? Have I lost you yet? Have you closed out this tab and clicked to another one, searching for the next marginal online thrill? Good, I hope so. Because Lorecore is Borecore is Snorecore, and that is the power of it. To the outsider, who has not ears to hear, these words will be a bore. But to those touched by the gods of Lore, nothing could give them more pleasure.

One last quote before I end this awkward blog post that had no arc in an ending that yields no resolution:

Lorecore is also the realm of hyperreality, and is the world we’re increasingly heading into technologically.

Hyperreality is seen as a condition in which what is real and what is fiction are seamlessly blended together so that there is no clear distinction between where one ends and the other begins. It allows the co-mingling of physical reality with virtual reality (VR) and human intelligence with artificial intelligence (AI).

If this doesn’t just describe it to a tee, I don’t know what does!

To be continued, as I plan to keep flogging this topic til it drops all its jewels on the cold wet earth, and its seeds take flight…

Everyone on the list got the text at 3:15pm. It was a Friday afternoon and the mob was planned for 4:05 sharp.

It was to go down at the old Tri-Cties Shopping Mall food court, near the Show-Business Burrito Hut.

When Jessicon and the others arrived some forty minutes later, they were to mill about as passersby. They were not to gather in groups of more than two, or linger in any one location for more than thirty seconds, which was the supposed window of comfort for not entangling the interest of the crowd monitoring and machine vision system which monitored that area and the entire mall.

The begin signal was to be: a woman wearing a yellow coat would pass by the mall fountain, climb the two stairs to stand next to it, open a red umbrella, and throw a coin into the water. This was to set all the various teams into motion, following their own assigned tasks or patterns as the greater orchestration of the moment unfolded.

I was an analyst working for William Maze, aka Wormwood, when this event went down. It was my job to write a post-mortem of what most likely had gone down based on the available evidence.

Whatever else happened that day, the woman with the red umbrella did not show up. Or if she did, she forgot her red umbrella and her yellow raincoat. Instead a woman in a black t-shirt and jeans had climbed those two steps and otherwise followed the same chain of action which would have triggered the hidden actors to life had it been the right signal. But it was not the right signal, and what happened instead was par for when humans tried to organize themselves into botnets. Half the agents activated, thinking it was the right trigger sequence. Others did not, knowing it was not only the wrong signal, but the wrong time. And others still hesitated to see what everyone else was doing. But the participants were, officially anyway, unknown to one another. Though they might have been able to guess had they the chance to look around and place their silent bets on one another.

As the plan failed but half the flashmob haphazardly came online anyway, the interest of the risk system that governed the shopping complex was unequivocally piqued.

From its point of view, it saw several squads of four or five individuals suddenly come together and start waving their arms and shouting.

It was, admittedly, a bit of an old and jumpy system. Maybe needing maintenance, maybe tweaked beyond its official use parameters by third parties. I’ll leave that to forensics – if it ever gets that far.

But the system over-reacted, putting the mall on lock-down, and sealing sections off from each other to contain and mitigate any propagation between the observed cells. And not just that, the security robots were set out in an unusually aggressive formation against the would-be human botnet.

Well, mistakes were made and there were a number of human casualties and two fatalities.

When the human organizers behind the event were tracked down and interviewed by Newschan as the events unfolded, they said nobody should have gotten hurt. It was supposed to be a fun event. Nothing dangerous. Just some singing and dancing. They were going to try and #codechant.

But this was not the early 2000s anymore. You could not run around out in public organizing strange avant garde spontaneous participatory performances without the eyes of the Autonomous Cities watching your every move. And with everything which was to happen in the coming Shape Wars, no one for long would blame a few robots knocking down some mall punks which were acting suspiciously, even if a couple of them may have actually had their heads bashed in in front of Dick Greid’s famous Show-Business Burrito Hut to the terrified wonder of families who just were there for the cheezy crickadillas.

Loved these guys as a kid!

Seeker Application (at a kiosk)

Imagine a corporation that engages in economic activity without guidance or direction from humans. Programmed with a mission statement—maximize profit for shareholders from the sale of widgets, for example—the corporation could own capital, enter contracts, and employ robots. People could even be hired for more creative tasks. Such an entity would live on the Internet, distributed across thousands or millions of nodes (stakeholders who host the DAC on their computer).

Timecraft are able to traverse network nodes in a timegrid. They may be projections, as is the case with Gimgle gloams, or they may be occupied or at the very least piloted craft.

Guess Who (Board Game) image 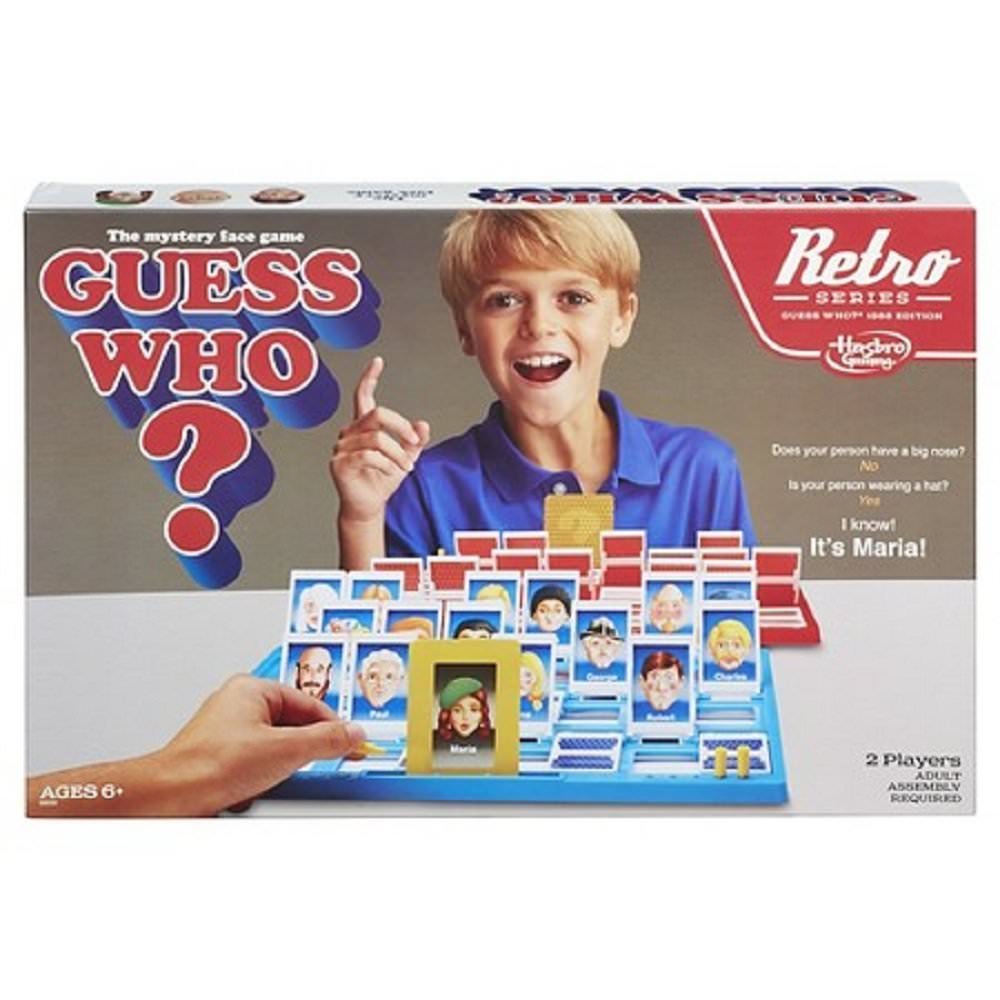